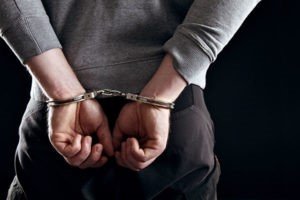 Prior criminal charges can impact divorce, or custody matters, in a variety of ways. Just because someone has a criminal history does not automatically mean that he or she will not have custody of their child(ren).  However, if one party in a divorce or custody matter does have a criminal record, and the opposing party chooses to highlight that, then it may have an impact on the final outcome.

In Connecticut, most, if not all, Connecticut General Statutes related to divorce and custody are based upon the best interest of the minor child(ren).  Therefore, if a parent involved in a family law matter has a prior criminal history that involves crimes, or neglect, against children, then it can have a major impact on any case in which that party is involved.  However, if a party has a criminal record, or even a prior charge that has dismissed or nollied, and it is minor (such as a breach of peace charge), then that may not have any impact at all on the family law matter.

Another aspect to consider is how long ago the alleged crime occurred. Obviously, if it is recent and no rehabilitation has been completed, then it will have more of an impact on the case. However, if it was ten (10) years ago, for example, and the parent has completed a program, gone into counseling or rehab, etc. then it may have less of an impact.

One “hot topic” of late is prior charges related to cannabis.  Now that recreational cannabis use is legal for adults aged twenty-one (21) and older in Connecticut, prior convictions pertaining to such will likely hold less weight in a family law matter. That said, it does not mean that a parent is allowed to use Cannabis, or Cannabis products while they are the only adult in charge of their child. There is an important distinction, and, especially in cases where a parent has a medical marijuana card, certain language may need to be added to any Court Agreement.

If you have a prior criminal history and do not reach an agreement in your family law case, then the judge may learn information about your criminal history during your hearing or trial.  A variety of factors may be taken into account, including, but not limited to: a) the type of offense b) how long ago the offense occurred c) how many incidents there were d) who the victims were e) how, if at all, the offense effected any victim(s) f) whether jail times, diversionary programs and/or fines were involved and/or g) whether or not the offense(s) involved children. One of the biggest issues here, again, is when a child is involved in any prior criminal offense as that would likely weigh the heaviest on parenting time and/or legal custody issues.

If one parent has a prior criminal history and/or is an addict, the Court may also be less likely to award spousal support (also known as alimony) to that parent if a case is made that the money would be used on drugs, alcohol, or other related substances. For example, some case law does support that if a person has habitually abused substances and cannot support him or herself due to that, then it likely will not be the other spouse’s financial burden during, or after, a divorce. These issues could even pertain to a party in a divorce that has a gambling problem.  While Connecticut is an equitable distribution state, that does not guarantee a 50/50 split of assets, especially when there are contributory factors.

Ultimately, if you are going through a family law matter and have a pending or prior criminal matter, you should seek advice from an attorney immediately.  Ever Argue with a Woman? Try. Contact Wolf & Shore Law Group at 203.745.3151 or info@wolfandshorelaw.com. 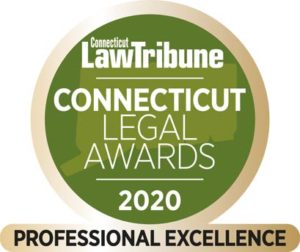